DO YOU NEED TO BE A MATHEMATICIAN TO BE A PROGRAMMER ? 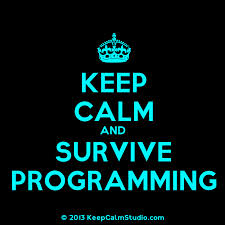 While you don't need to be a mathematician in order to be a programmer, it certainly helps a lot in general to know about both boolean and binary arithmetic, as well as discrete mathematics in general. But mostly the amount of math you need to involve depends on the application. And yes, in modern game programming, where everything tends to be 3D, you need to understand the mathematics of geometry, which usually mostly amounts to linear algebra and trigonometry. Generally, if you intend to do any kind of advanced data processing (and most fun stuff involves some form of that) you're likely to run into some mathematical concept or other that you need to understand.

However, as a seasoned programmer, I've rarely come into situations where I actually need to remember any complicated mathematical formulae or do any extensive calculations. More often, I just need to understand the concepts behind the math, google for the formula I need, and apply it in my code.


Programming is almost exclusively based on logic, so it helps a lot to have a knack for logical thinking (which is closely related to math in general). That said, again and again I've seen feelers and people with more focus on rote memory do well in this field. It also helps tremendously to have dynamic memory, in the sense of being able to assimilate lots of information in a short time, paying extreme attention to relations between relevant details, and then forget all but the essential principles and some nuggets of information to help you locate the details if you need them again - sort of like the swapping that happens in a multitasking computer's memory management system. But the most important trait of them all, I think, is to have a shitload of patience, as every nontrivial programming project tends to involve a lot of frustration.

Popular posts from this blog

Why you should learn to type

September 18, 2016
Computers are getting more and more  used in our life's more than never before.. from the desktop computers sitting in the chiefs office to schools , to hospitals just to mention a few, if you want to get a head of the game then learn effective typing skills! Learning to touch-type is one of the most valuable skills you’ll ever learn. If you want to increase your productivity and have more success, bite the bullet and learn to type properly now! I know this won’t be a popular topic, but it’s true: If you want to be a better secretary, designer,receptionist , developer, chief, manager, whatever…  Learn To Touch Type! If you’re a team leader, get everyone on your team to learn to type. It will be the best short-term skills investment you can make. Why you should learn to type The bottom line is this – if you type with one or two fingers of each hand, the average person can probably manage 40-60 wpm (words per minute). If you learn to touch-type, you can increase th
Post a comment
Read more

February 03, 2017
It can be insanely hard to find high quality, free stock photos for personal and commercial use. A growing number of awesome websites have amazing photos you can use for your work for free. I’ve curated a list of the most epic sites that have great stock images you can use for different purposes. You have probably bookmarked a few of these already. Most of the photos you will find on these sites are free from copyright restrictions or licensed under creative commons public domain dedication. You can copy, modify, distribute and use for even for commercial purposes, all without asking permission. However, some photos may require attribution. 1.  Pixabay:  Free high quality images. 2.  Pexels:  Best free photos in one place. 3.  All The Free Stock:  Free stock images, icons, and videos. 4.  Visual Hunt : High quality free photos in one place. 5.  Splashbase:  Search & discover free, hi res photos & videos. 6.  Startup Stock Photos:  Free photos for startup
9 comments
Read more
October 16, 2017
SSL certificates can help protect your information from ending up in the wrong hands. Here are 9 things you need to know to help keep your personal info safe online. 1. WHAT IS AN SSL CERTIFICATE? An SSL certificate encrypts information sent between your web browser (Google Chrome, Apple Safari, etc) and a web server (i.e. your favorite website). This allows you to submit your credit card information, usernames and passwords, and other sensitive information to websites securely. 2. WHAT DOES S.S.L. STAND FOR? SSL stands for Secure Socket Layers. 3. HOW DOES AN SSL CERTIFICATE WORK? Your web browser connects to a web server that is using an SSL certificate. The web server then sends its SSL certificate and the issuing certificate authority. A certificate authority, CA for short, is a trusted third party that has issued the certificate. Your browser then confirms the validity of the certificate with the certificate authority. By verifying that the certificate was
Post a comment
Read more